At Mirit Glas, we are capable of delivering custom-made quartz glass to the industry. We offer natural quartz, synthetic and satin quartz.

The glass is used in many industrial contexts. Due to the unique purity of quartz, the good optical transmission and resistance to high temperatures, it is used for everything from water purification with UV light to fiber optic cables and sight glass in industry and science.

Contact Mirit Glas if you have questions or want to know more. 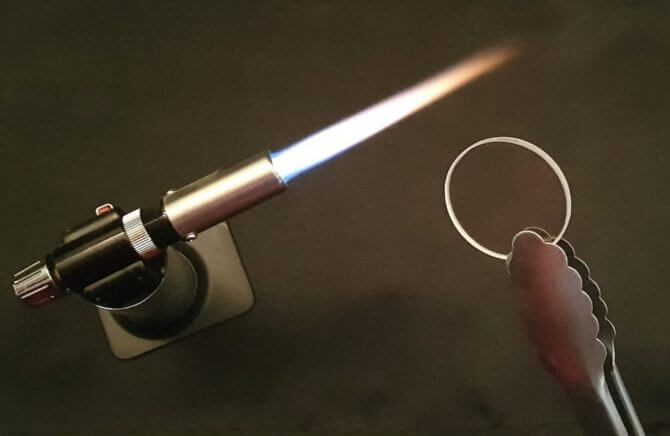 Quartz glass has a number of fantastic properties: The glass can withstand temperatures up to 1600 °C and has a high transmission from the UV range (ultraviolet light) to the IR range (infrared light). The glass is available both as plates and as glass tubes and glass rods.

Glass made of quartz cannot be tempered as it has an extremely low coefficient of expansion making it resistant to high temperature differences.

Quartz can be divided into three main types:

Synthetic quartz is, as the name suggests, a “synthetic” glass. The glass has the same properties as the natural (fused quartz). It’s just even better in several practical respects. Glass made of synthetic quartz has an unsurpassed purity and an even better transmission of light at the low end of the UV spectrum.

Fused silica satin is also called satin quartz, because the glass is not transparent but matte. Satin quartz is found mainly as a tube.

We are stock leaders in sheets of 1-5 mm thickness as well as certain glass tubes and glass rods. Sheets thicker than 5 mm are made to order, as these must be cut out of blocks to the desired thickness, surfaces will be matt after this cutting why it is it is subsequently necessary to polish to obtain a completely clear surface.

Due to the price of the raw material solutions in synthetic quartz  are made to order. Longer delivery times can be expected. However, we have some tubes in stock.

We are stock leader in selected sizes of tubes.

We can also process quartz according to needs:

Please contact us if you have questions or need further information.

What is quartz glass?

A glass made of quartz – which is a durable crystalline material consisting of silicon and oxygen atoms (silicon dioxide). Quartz and feldspar are the most common minerals in the earth’s crust. However though Quartz is a crystalline material quartz glass is not. When the crystal is molded into glass it transforms into an amorphous (non crystalline) form.

Quartz is one of the most useful and valuable materials in the world of science and industry. The low coefficient of thermal expansion is one of the properties that makes  a solution in quartz particularly attractive. Because of the quartz’ extreme heat-resistance the glass is very suitable as sight glass in high-temperature environments.

The glass is made from quartz sand, which has an unsurpassed chemical purity compared to other similar materials. Chemical purity is essential in several high-tech industries, making this glass type valuable for companies that need the optimal material in terms of optical transmission.

A very valuable property of quartz glass is the ability of the material to transmit light. Quartz allows a much wider spectrum of light to pass through than other types of glass. This makes the glass ideal for use in processes where UV light is used. This can for example be UV-activated glue / UV bonding or a disinfection process where you have to protect your light source. For these purposes – and many more – we at Mirit Glas fabricate products in quartz glass in dimensions and quantities that correspond to your needs.

Tell us your need and we will find a solution